Should You Buy a Bit of Bitcoin? 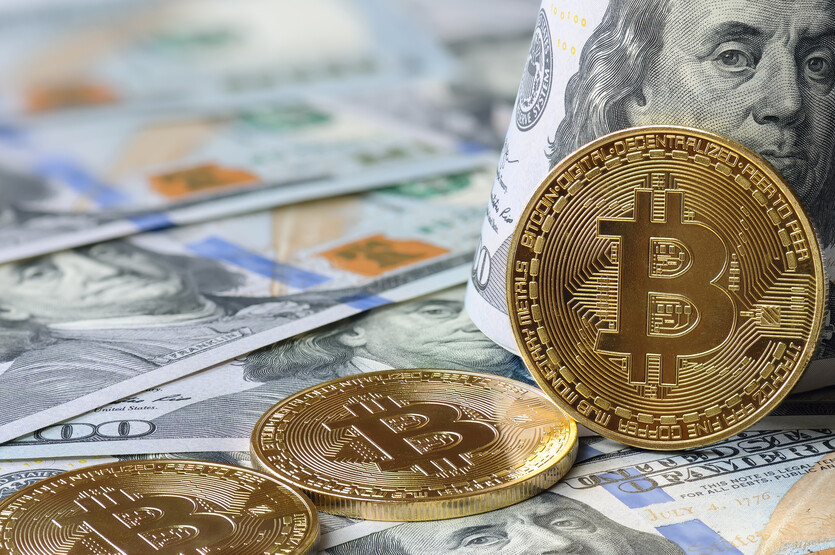 Years from now, when financial professionals review the performance of the investment marketplace during the pandemic and try to explain why the markets rose and fell the way they did, one important story will be the popularity of cryptocurrencies—specifically Bitcoin—as an investment asset. It seems we can’t go anywhere without hearing about Bitcoin. Whether it’s a story about a professional athlete taking their salary in Bitcoin, or a high-profile CEO sounding off on Twitter about the virtues of Bitcoin, or a publicly traded company’s stock price getting slammed when analysts realize that a good chunk of its quarterly earnings came from well-timed sales of Bitcoin, the once-common perception that Bitcoin isn’t mainstream is no longer true. With so many competing narratives surrounding cryptocurrencies, what’s an investor to do?

To start, Bitcoin is the most recognizable cryptocurrency—a digital currency that exists only in virtual form—and is often used as shorthand for all cryptocurrencies in general by the uninitiated. Cryptocurrencies are created, tracked, and traded via decentralized digital ledgers that, through the power of blockchain technology, are continuously open to all owners and users of the currency. In fact, when Bitcoin launched in 2009 its creators envisioned it as an efficient payment mechanism that would allow a buyer and seller to transact business free of government or central bank regulation. Since its introduction, about 89 percent of all Bitcoin has been “mined” and entered circulation. However, according to SoFi, as of April 2021 there are as many as 10,000 different cryptocurrencies in existence today, so the supply of these payment vehicles is far from limited.

Since Bitcoin’s creation, investors have been intrigued by its characteristics as an investment vehicle. It can be purchased and held on a stand-alone basis, like a stock or bond, in brokerage accounts. It can also be purchased in a fund, which can be either diversified (holding Bitcoin and other cryptocurrencies) or non-diversified (holding Bitcoin alone). Several indexes akin to the Dow Jones Industrial Average or S&P 500 have been developed to track the performance and other metrics of cryptocurrencies—and that performance has been breathtaking and volatile. In 2017, Bitcoin was up 1,331 percent, then down 73 percent in 2018, up 95 percent in 2019, and up 301 percent in 2020—and the bull and bear swings throughout 2021 have been equally volatile to date. Naturally, returns like these have generated attention in the investment community.

How Do Cryptocurrencies Fit Into Investing?

How should we view Bitcoin and other cryptocurrencies in the investing marketplace? I think one important factor is determining if cryptocurrencies are better suited to be trading vehicles, meant to be held for only short periods of time rather than investment vehicles or stores of value, designed to be held for the intermediate or long term. As a trading vehicle, I think Bitcoin in particular is superb. Trading volumes are robust, price volatility is high, and there are multiple exchanges and trading platforms available to retail and institutional investors alike.

Let’s look at the case for cryptocurrency as an investment vehicle and store of value. In a 2018 study, Yukun Liu and Aleh Tsyvinski concluded that investors should hold 6 percent, 4 percent, or 1 percent of their portfolios in cryptocurrencies, depending on whether they believed that future performance would be at least as strong as, half as strong as, or worse than past performance respectively. More recently, in early 2021, the global market value of stocks and bonds was estimated at $200 trillion while the global cryptocurrency market cap stands at about $1.75 trillion. Because of this, some might argue that all portfolios should contain at least 0.5 percent holdings in Bitcoin and other cryptocurrencies to properly reflect the diverse investment landscape and the growing demand—and expanding market caps—for cryptocurrencies.

How Do Cryptocurrencies Differ From Other Investments?

When we consider Bitcoin as an investment, we have to look at it differently than how we look at other common investments like stocks and bonds. Stocks, of course, are an ownership interest in a company that has assets and presumably generates cash flow for its owners. Investors have different opinions of the value of that cash flow generation capacity, which creates price moves, but ultimately there is an economic basis for determining a company’s value. The same cannot be said for Bitcoin, for example. Bitcoin is likened to digital gold. Like gold and other commodities, Bitcoin generates no cash flow, and its value is essentially driven by its limited supply and growing demand and whatever investors collectively determine its value to be. Therefore, its price volatility is much greater than the stock market’s. So far, traders and investors have largely been rewarded for taking on the greater risk of investing in Bitcoin.

As you know, traders and investors are notoriously fickle when it comes to determining asset prices. During times of panic, the ability of a company to generate future cash flow serves to limit how low its stock price may go. There’s no similar mechanism in place to slow a downward spiral in the case of gold and other commodities, nor in the case of cryptocurrencies like Bitcoin. These issues might be overlooked if investors were confident that adding Bitcoin to their investment portfolios provided real diversification benefits. For example, gold is often held in portfolios on the basis of long-standing evidence that gold is a hedge against inflation and is often likely to rise when stocks fall in value, and vice versa. So far, we haven’t seen sustained evidence of similar performance from Bitcoin in a declining stock market to fully justify its diversification or hedging potential.

I am reluctant to crown Bitcoin and other cryptocurrencies the “next big thing” in modern diversified portfolio management. Perhaps there needs to be wider spread acceptance among a broad array of investors for these investment vehicles to mature and develop into a true investment asset class. Perhaps we need a longer time horizon, and at least a few more investment cycles, for us to learn cryptocurrencies’ characteristics during bull and bear markets and boom and bust times in our global economy to reveal the real value of adding them to well-diversified portfolios. Until then, I believe the buying and selling of Bitcoin and other cryptocurrencies is likely to remain a speculative trade, rather than a prudent long-term investing and financial planning strategy. It’s up to you to determine if the risk is worth the reward.

This article was originally published by the Illinois CPA Society in Summer, 2021.